reunited and played Japan December 1998. in limbo land till "the next time."

was in The Makers with Eddie Rayner. has formed a band in Victoria, Australia, called "Big Head Little Body". this band has a fan club that you can reach at: BHLB Fan Club, PO Box 890, Mount Waverley Victoria 3149, Australia

works with The Muttonbirds

Neil's older son. played on the Try Whistling This album, and also played live with Neil on tour.

currently promoting his follow up cd to Say It Is So, "Feeding The Gods." Tim, wife Marie, and son Harper now live in NZ.

lives in Melbourne amongst his cats and veggies. 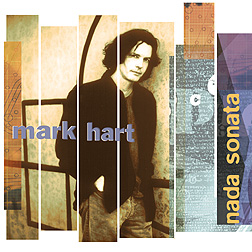 has a new baby girl called Olive. Producing young bands at his home studio and playing golf. no word on Largest Living Things. possibly a solo cd later on.

working on the music for TV show Stingers. has a new baby called Peter and a wife named Olivia. actually graced the frenz.com forum for 10 days answering questions and chatting with fans in late May/early June 2001.

spends most of his time in Ireland - is currently back in Melbourne for the month of January (2001). pyoung bands and writing the odd song.

haven't resurfaced since the New Years Eve 2000 concert. some semi-finished songs like "Edible Flowers" are waiting on decisions to be made.

If there are any problems with this site, please contact webmaster@frenz.com.
All original photographs, artwork, text, and other content are © 1996-2000 As Was. Everything else is the copyright of the original owner. Reproduction without written consent is illegal.